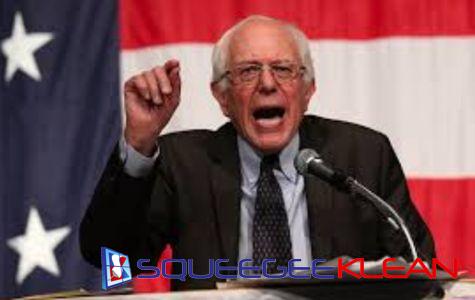 During a recent stop at a restaurant in downtown York, Bernie Sanders, aka “feel the bern,” made an announcement in an attempt to secure more voters and make the USA a cleaner place, presidential candidate, Bernie Sanders, has issued a promise to have power-washing be available to everyone. Sanders said “it isn’t fair that only some people are able to have power-washing done at their homes. It is essential that the government take responsibility for the cleanliness of our citizens homes. As president, I will make sure everyone has access to power-washing services.” Sanders also explained, in a bizarre twist, that climate change and dirty homes are not a coincidence. “Climate change has augmented mold growth, you can see it everywhere. While driving, I see mold on people’s roofs, on people’s siding, on people’s decks, etc. Until we impede the changing climate, we must make sure everyone has their fair share of a clean home. While making the nation cleaner, we will be boosting the economy by empowering the power-washing community. The amount of power-washing jobs will produce billions of dollars in revenue to small power-washing companies.” One power-washing professional, Pauly the Power-washer, stated he thinks it’s a great idea and is looking forward to the increase in business.